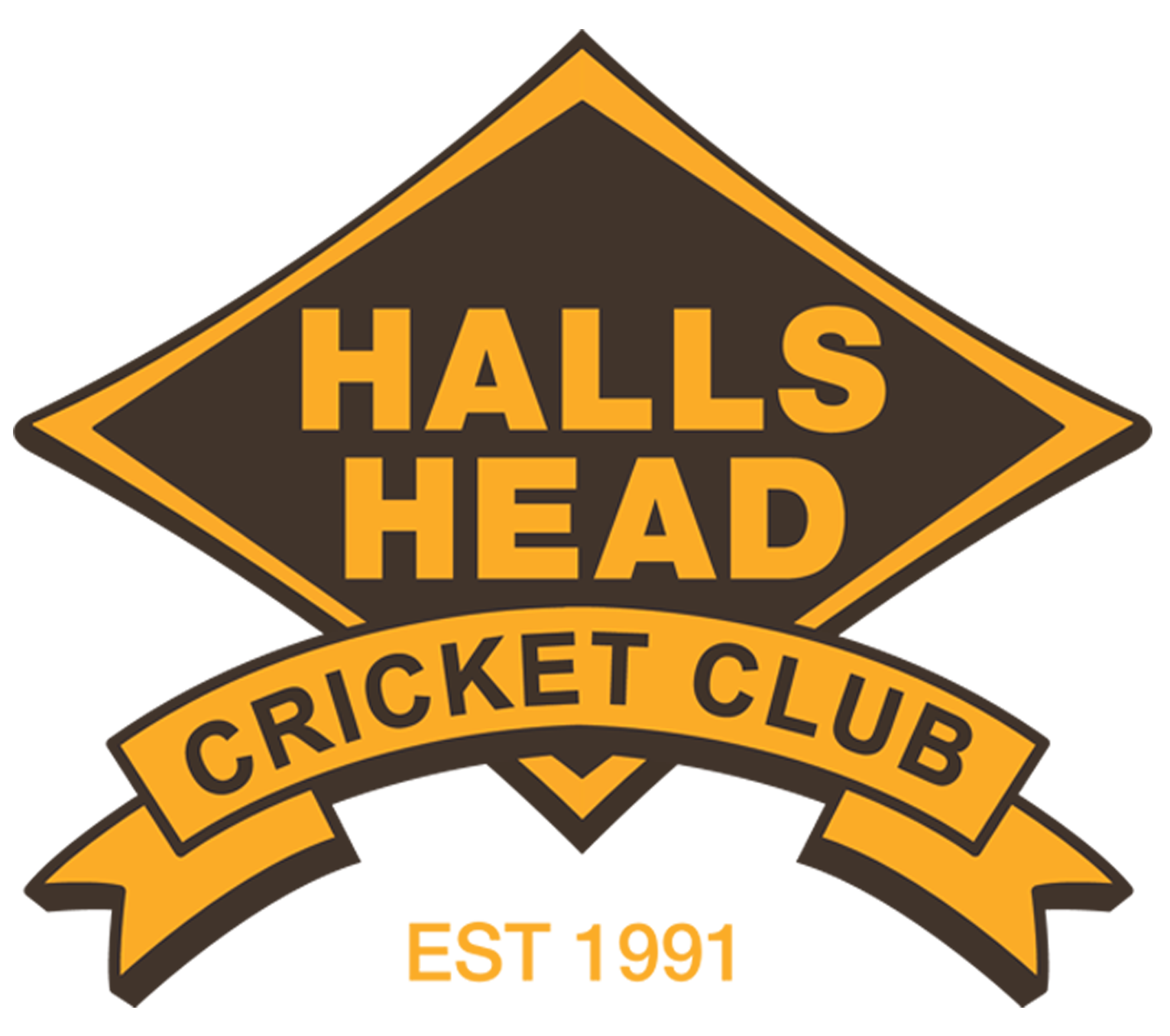 By Justin Rake Published in the Mandurah Mail

A new Peel Cricket Association season brings a new dawn for every club.

Last year’s cellar dwellers have renewed their optimism as they look to climb the ladder, while the heavyweights of the season prior attempt to defend their finals positions.

In fact, those heavyweights will be even hungrier this time around, after last season’s finals campaign was called off with two weeks remaining due to COVID-19.

There’s unfinished business for some, while other seek to pave their new paths.

It all kicks off this Saturday, October 17, but before players take to the turf we take a deep dive into the news surrounding each club ahead of the season.

No club felt the sting of the pandemic quite like the Tigers did last year.

Having just won through to a grand final with a victory over rivals Waroona, Pinjarra was looking forward to playing for a premiership before the season was abandoned.

Eventually the Peel Cricket Association awarded the the club the premiership for being the first side to qualify for the grand final, but that still didn’t quite do their season justice.

Now they are desperate to get back there.

New skipper Josh Smith will lead the club into the new campaign, as the side looks to a balanced approach to continue their good form.

Pinjarra boasts difference makers in both their batting and bowling line-ups, a luxury they displayed many times last season.

They will look to lean on that strong basis as they chase that elusive premiership this time around.

Hoping that last year’s rare finals miss was merely a blip on the radar, Mandurah comes into the season looking to right the ship.

Johan adds a strong all-rounder presence to top up the batting and bowling depth, while Jordan Bell takes over as captain following a strong season with the bat in 2019/20.

“We’re a proud club and we’ll be hoping to play finals cricket once again this time around.”

Mandurah will again lean on its strong bowling presence to help spearhead their season, but don’t be surprised if this club sees its share of big batting totals.

Forever the steady force, a more-or-less unchanged Waroona line-up will be looking to launch yet another tilt at a premiership this year.

They’re likely to get more games from star batsman Jayden Derosa, and skipper Ben Wright will no doubt have trouble choosing who gets the overs in a stacked bowling line-up.

“It’s always a bit of a nightmare being the skipper for this team,” Wright said.

“We’ve got about eight or nine guys who can all bowl at an A-grade level.”

Wright also pointed to Nic Rep as someone who has been “hitting it a fair bit” in training, and expected big things from the batsman this season.

Expect the Warriors to be pushing for a deep finals run again this year.

If Pinjarra were the club most cheated by the COVID-19 pandemic, Baldivis probably aren’t far behind.

Having just celebrated the club’s first ever finals victory, the White Knights were ready to keep it rolling as they headed into a preliminary final showdown with Waroona full of confidence.

It wasn’t to be, though, and now Baldivis have been languishing on what could have been throughout winter.

It’s that motivation that will drive them in the new season, and they kicked things off with a sizable pre-season victory over Bunbury and Districts Cricket Association counterparts Dalyellup last weekend.

Willem De Klerk was the club’s leading runs scorer last season and will no doubt be looking to build on that, and Stefan Botha and Mitch Brown will once again form a deadly bowling attack.

Expect Baldivis to be around the mark and playing finals cricket once again.

Now here’s one side to watch as they attempt to break through the top four barrier and enter the finals fray.

Halls Head have seen some significant inclusions to their make-up over the off-season, headlined by ex-English under 19s international Jack Manuel, who will be a weapon at the top of the order.

Former Pinjarra captain Jo Slade has crossed over, Craig Ford has returned from a stint playing in Williams, Jake Wyllie is back after a four-year stretch at Fremantle Districts and ex-skipper Lochie Kinna has circled back from Kalgoorlie.

Teaming names like these with the likes of newly-named player coach Josh Rudge makes for a formidable line-up – one that has Halls Head going in with raised ambitions.

“We’re hoping to be an improved side in all phases of the game, and we’re aiming for top four,” club president Ash Wyborn said.

Let’s see just how far they can go.

The Swans have made the recruiting splash of the season, having lured former Rockingham-Mandurah champion Dane Ugle back to the club full time.

The 2017/18 Martin Baird Medal winner has made short-term returns to the Swans in the past, and has always had a profound impact whenever he’s in Warnbro colours.

Now, the club will enjoy his services for the entire season, a juicy prospect for a side desperate to get off the foot of the ladder.

“He will mentor young players like Sam Lurch, Hayden Cowan and Daniel Rowe, which we are excited about.”

The Swans only nabbed one win last season, but were impressively competitive towards the back end of the campaign.

Redemption seems to be the key word for the Singleton Irwinians this year.

A proud club that’s not accustomed to missing out on the finals action, they found themselves punted from the top four last year and are keen to extract revenge.

“There’s a fair bit of fire in the belly this year,” club president Jarrad Page said.

“It was a pretty somber feeling when the group missed on the finals last year, so they’re gunning to get back there.”

Leading the Irwinians in their charge once again will be captain Tim Hutchison, who will be hoping to have a huge impact as they now facing a climb back up the ladder.

Another player to keep your eye on is Josh Prosser, who enjoyed some strong showings last season and will be hoping to produce those games more consistently this time out.

There’s an air of excitement building at this club, as the Falcons look forward to bringing a talented crop of young guns through this season.

Batsman Jed Adams, all-rounder Jack Seares and fast bowler Taj Mason will all be pushing their way into the A-grade ranks as they look to make an impact.

Add their names to the likes of young star Corey Tregenza, who made a splash as one of the league’s best bowlers last season, and that’s an impressive wealth of young talent.

But the Falcons aren’t without senior spearheads, either. Michael and Brad Holmes remain a dominant duo for the team, while Jesse Buck is a nightmare for opposing batsmen.

They will be confident they can achieve that feat.

The Seals are hoping an off-field recruit can help drive them towards finals this year, having appointed Charlie Bourke as coaching adviser.

Club president Daniel Best said Bourke had already been a significant boost to the club’s culture, and was helping to drive a training-first mentality.

“The feel around our pre-season has been great,” Best said.

“All the guys are buying in and I don’t think our training sessions have ever had this much energy.”

But there’s plenty of reasons for them to be excited on the field, too.

Seb Websdale will be looking to launch himself back into contention for one the league’s best players, while opening bowler Shane Bliss will look to build on a successful campaign last season.

Chris D’Allesandro will lead the club as captain.

The new kids on the block, Secret Harbour will make their A-grade debut this season.

But while the Dockers might be fresh-faced to the PCA’s top level, their team make-up suggests they could cause a few upsets in their inaugural year.

Skipper Zac Jarrett has been an exceptional batsman in the B-grade for years and can now look forward to the challenging of opening in A-grade, while Ash North and Kody Smith return from Rockingham-Mandurah to bolster the line-up.

One of the better recruits of the season will be Ganesh Chaudhari, a Secret Harbour local that returns to the club from Waroona, where he impressed mightily for years.

Overall, it’s an air of excitement at Secret Harbour, with the club now able to provide a better pathway for the base of juniors they have coming through.